How to Unblock Twitter with Free VPN in China

Reccently, the rummor that serveral tech giants including Google are trying to buy the popular social media Twitter has occupy the headline. The attraction of Twitter to tech giants lies in its popularity among neticizen. Yet, people in some places like China can't use Twitter service. If you are unfortunately in these places, this article will help you out.

Twitter has become internationally acceptable due to its features. 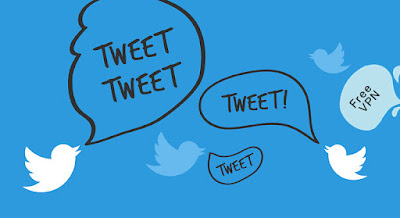 On Twitter, you will find tens of thousands interesting facts about other people life experience. As for countries or regions that ban Twitter, a VPN could help people to get rid of geological restriction. VPN helps hide your original IP address, and grant you a new one. It is created by establishing a virtual point-to-point connection through the use of dedicated connections, virtual tunneling protocols, or traffic encryption. Twitter is available in most of the countries or regions, you just need simply connect with the servers located in these countries or regions.

Twitter has both app and wesite for users. The famous and popular VPN provider FlyVPN has VPN client for unblocking websites and apps. Its free trial concludes vpn servers like USA VPN servers, Hong Kong VPN servers, and etc. You can enjoy totally 1 hour free trial each day with the account created by yourself. Inviting others to use FlyVPN via inivitation code. For ervery person you invite, both of you will get 5 more days free trial. There is no limitation on how many persons you invite.