Where to Watch Trump V. Clinton: the Second Presidential Debate Online? And How?

The second candidate is coming soon! Donald Trump, will face his destined and strong rival Hilary Clinton again at the second presidential debate on Sunday, October 9, 2016. Another entertainment show is awaiting for you. Yet, for those who are outside America, they might have problems watch the live debate. Don't worry, here we are going to show you how and where to watch it.


Moderators and the Highlight of the Debate

The second debate will be hold at Washington University in St.Louis and moderated by ABC's Martha Raddatz and CNN's Anderson Cooper. Anderson was an seasoned foreign policy reporter, known for his cover over the Pentagon and the State Department. Raddatz was eminent for asking sharp questions.

During this debate, the two candidates will answer questions not from the moderators bu from the audience.Let's see what they will act on the questions from people in the hall. 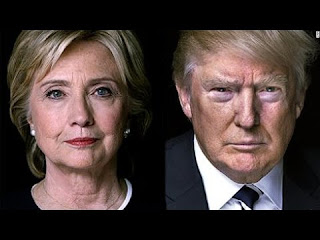 Where to watch it?

The second presidential debate will be aired live on CBS, NBC, ABC, Fox, PBS, Univision, CNBC, CNN, Fox news, MSNBC, and C-SPAN. If you wanna watch it online, you could stream it on NBC News's Youtube page and on Twitter in paternership with Bloomberg.

Due to the geological restriction, some people might have problem on getting access to the website above. The easiest way to unblock the banned website is trying VPN. VPN will allow you change your IP address so that you could get access to the website you want to smoothly. There are many VPN providers in the VPN industry and most of them provide you with free trial. I used FlyVPN for streaming the first presidential debate. You can try to test its VPN perfomance with your own account. Moreover, you'll get 5 more days free trial if you invite other users to FlyVPN with invitation code.

FlyVPN has a batch of American IP for you to choose. Click here to download it!
Posted by FlyVPN at 2:16 AM