Rise of the Tomb Raider Comes to PS4

The PS4 version will handle the Rise of the Tomb Raider with aplomb. Targeting a locked 30 frames per second at a rendering resolution of 1920×1080, the game looks great in motion. Comparing to the Xbox One version, the PlayStation 4 is in a more stable performance, with less dips below 30 fps.

With the release of it on PS4 pro, this game will take the advantage of PS4's powerful hardware. The Temple of the Witch or Cold Darkness Awakened expansion packs are included for free. 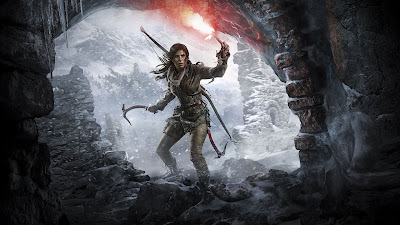 To get a better perofomance of the game, it is better for you to use a VPN as it will help connect directly to the game servers. Thus, the ping while you play the game is reduces largely. We highly recommend you try FlyVPN since it is the sort of VPN for PS4. You could also test it with self created account. Everyone's account could have 60 minutes free trial each day. Here, I found you a tutorial of how to set VPN on Xbox 360. The setting steps on PS4 is vey much similar.
Posted by FlyVPN at 2:08 AM