The world of VR seems to be a wonderland for many tech gaints this year. The water of VR video games will gradually be stirred by the Sony's upcoming headset — PlayStation VR headset. This VR headset will be relesed on October, 13th, 2016 to compete against the Oculus Rift from Facebook and the HTC Vive from Valve. The excting news is that there will come 31 games on the launch day of PlayStation VR headset. Here I'd like to introduce three monst expecting games from the 31 one games for you.

You will get more fun in Harmonic Music VR. It is like a 3D version of Microsoft Paint mixed with a music visualization tool. You will enjoy the three-dimensional sculpture drawings you create.

"Here They Lie" is a fairly creepy and terrific horror game. Its inforamtion was not released yet but you could meet it tomorrow. 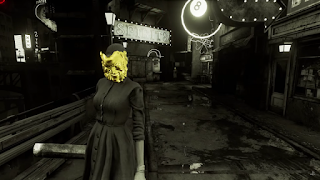 "EVE: Gunjack" is a first-person space shooter that takes place in the world of "EVE Online". 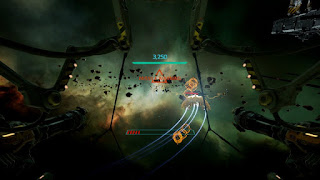 PS VR's accessible price of $399, which is pretty affordable. The launch bundle of the headset, PlayStation Camera and two Move controllers along with PlayStation VR Worlds and a Playroom VR digital download will costs you $499. You could make a preorder at PlayStation's website.

While playing games, you could meet the high lags due to the local network congestion. Commonly people try the tool VPN to let them log in the game server faster. For sake of reducing ping, we highly recommend you try FlyVPN — the most popular VPN provider. They have VPN client that is perfectly for Mac, Windows, iOS and Android. As for the setting steps, you could refer to the that of Xbox 360. The setting steps are very much similar on the two deices.
Posted by FlyVPN at 2:23 AM