How to Watch the Presidential Result on Your Laptop, Phone with the Best USA VPN

The election day is Tuesday, November 8. Will America have its first female president? Or the business man Donald Trump win the election? Everything will be revealed on that day. Yet, for those who are outside from America may have difficulties on getting access to the instantaneaous result of America election. Here, I'll show you how to get rid of the geological restriction.

Where can I watch the presidential result? 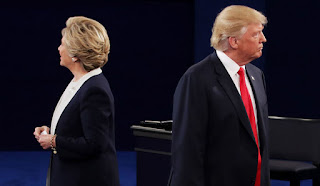 How can I unblock apps to watch the election result？

In some place of the world like China Mainland, you could not get access to the content from other countries due the geological restriction. You could open the apps, but its content are inaccessible. For most people who are away from America, they unblock the blocked content by using Virtual Private Network, so called VPN. VPN will give you a new IP address so that the original IP address is hided.

Which VPN should I use for unblocking app?

Here, I strongly recommend you try a very stable VPN called FlyVPN for streaming videos. It has plenty qualified USA VPN servers. You could create an account and test it. You will have 1 hour everyday with your account trying its free USA servers. It has VPN client for almost all the platforms, including iOS, Android, Mac, Windows, Linux and etc. Just connect its USA servers from any place of the world, you will be able to get access to all the content you need.
Posted by FlyVPN at 12:55 AM